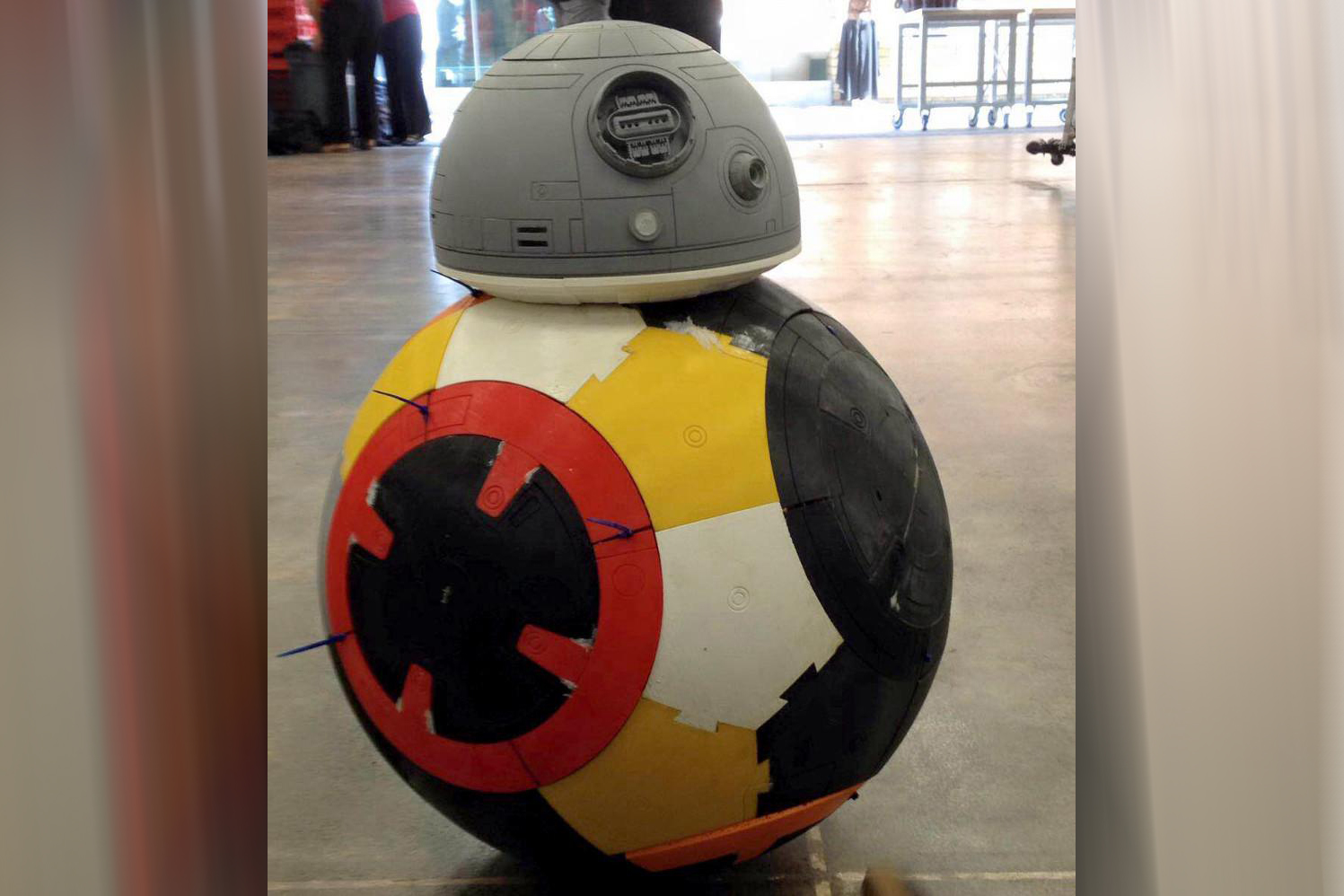 Inspired by a love of Star Wars and the recent release of the film Star Wars Episode 7: The Force Awakens, CREATE’s CTO of 2016 Daniel Castillo built and designed a 1:1 scale model of BB8 in the lead up to O-week.

Daniel has planned and CAD modelled his approach to the BB8 robot which ended up being a single axis pendulum drive system with an integrated reaction wheel for on the spot rotation and turning. The BB8 head is animated by an internal polar system of actuators and held on by a series of neodymium magnets.

The project is controlled over bluetooth by a PS4 controller and most notably features the use of an Arduino MEGA for processing a PID loop based off IMU feedback to ensure the robot remains stable in drive. The structural composition of the robots includes a laser cut plywood frame covered in 3D printed shells which were graciously provided by the BB8 Builder’s Club.

Though not yet prepared, BB8 has been designed to fit modular panels such that animated side panels can be added in future. BB8’s uses have extensive applications in social robotics, general exhibitions, stage performance and autonomous navigation.