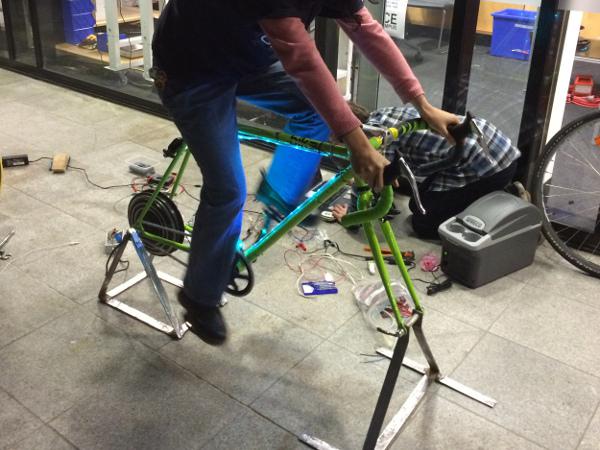 CREATE partnered up with Bike-ology to develop a pedal-power generator. Bike-ology is a free Arc @ UNSW service where students come together to learn skills on bike repair and maintenance.

The pedal power generator features an old motor from an electric scooter attached to a used bike frame. A bike chain links the gears of the bike frame and motor together. 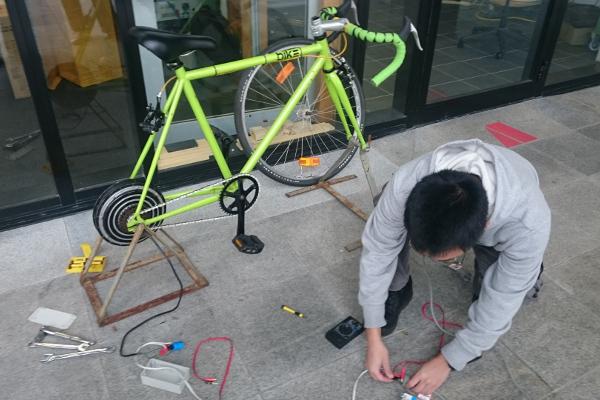 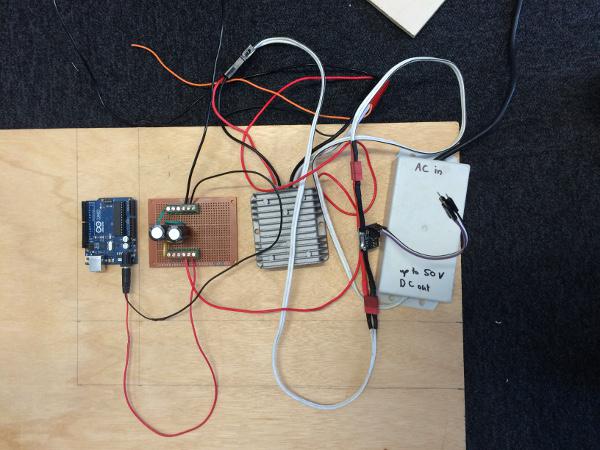 This 50V DC voltage is stepped down to 12V using a DC-DC Buck converter. 12V was chosen as we use car cigarette sockets for the appliances to plug in. We made it such that anything that you can put into the cigarette plug of your car - whether it’d be a phone charging cable or drinks cooler - you can do the same with the pedal power generator.

Two capacitors were put in parallel with the 12V output from the DC-DC Buck converter. This is to ensure the generator circuit do not ‘switch’ on and off too fast as doing that may cause damage to the electronic devices plugged into the generator.

The power output of the pedal power generator is estimated to be around 100W. The bike is able to charge phones, power the aforementioned LED lights, and run a small drinks cooler. It has been featured in several internal UNSW events such as Stress Less Week, and First Friday: Bespoke City at UNSW Art & Design.

You can view the progress video here